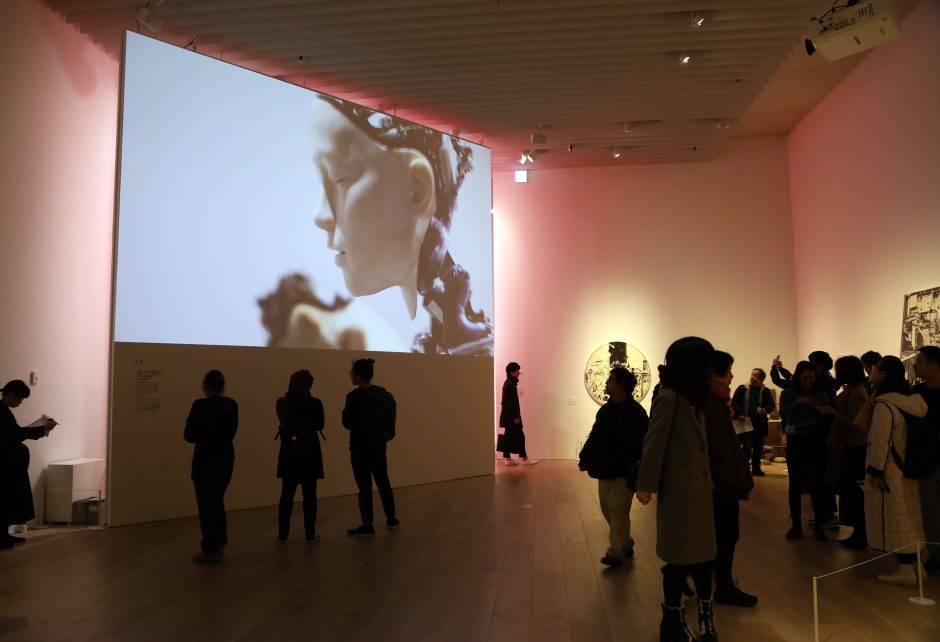 The “Roppongi Crossing” series of exhibitions, launched in 2004 by the Mori Art Museum, provide an overall snapshot of the state of the Japanese contemporary art scene every three years. This sixth edition of the series, the first to be jointly curated by three curators of the Museum’s own alone, will showcase the work of around 25 Japanese artists and collectives, primarily practitioners born in the 1970-80s.

“Roppongi Crossing 2019: Connexions” will take a close-up look at “connections” revealed via contemporary artistic expression. An era such as ours, characterized by the fast-paced development of information, communication and myriad other technologies at an accelerating pace, also brings with it new problems. Though there is greater recognition of diverse values, “divisions” of various sorts are also becoming increasingly apparent – as seen in the problem of the internet, or more particularly in the realm of social media – which by rights ought to foster openness, conversely reinforcing opinions and perceptions of a similar nature; conflict sparked by political bias; and ever-growing economic disparity.

Amid this, artists offer us many types of “connection” through their works: by joining polar opposites, by fusing the heterogeneous, by giving visual expression to connections that already exist. Their efforts also serve as critiques of today’s society, as ways of turning ideas upside down, and perhaps even as clues for addressing “divisions.” It is our hope that the new “connections” born out of this exhibition will offer meaningful opportunities to engage with Japan as it is right now.